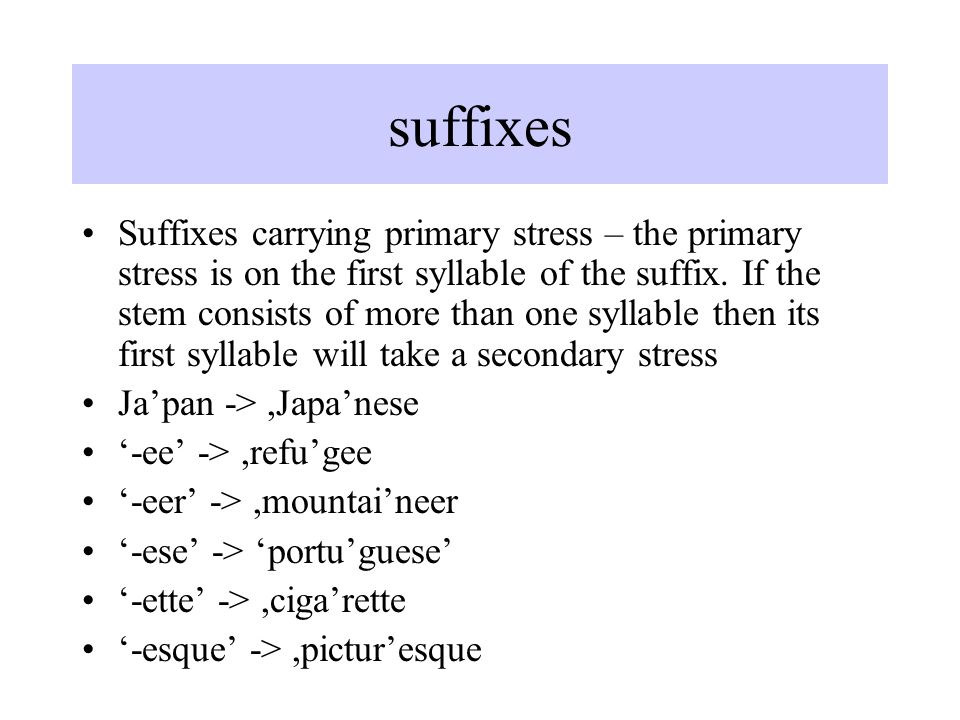 1 (being hostile to something) hostility

2 (when someone is prosecuted) prosecution

3 (being willing to cooperate) cooperative

5 (when people speculate to make a profit) speculation

7 (being familiar with something) familiarity

The word with a suffix which is an exception to the rule given at the beginning of A is ‘co’operative’. (It doesn’t have stress on the syllable immediately before -ive.)

The exception is ‘excellence’. The syllable before the suffix -ence ends in ‘ell’ (VCC) and so stress would be on this syllable if the second rule in B were followed. (Note that ‘excellent’ is also an exception.)

The words with the same (S) stress pattern as their root are:

The words with a different (D) stress pattern from their root are: